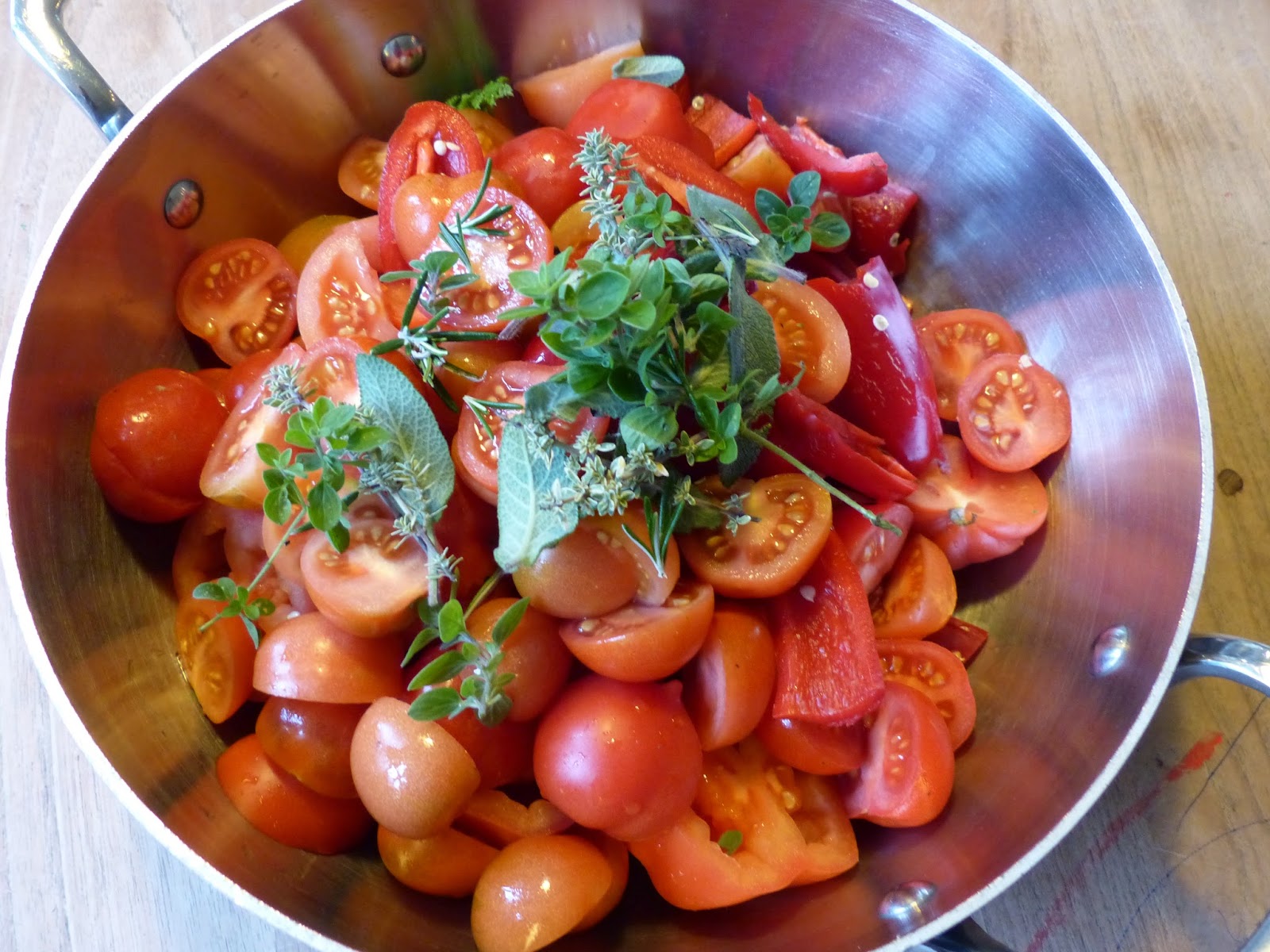 It’s a blustery autumn day and I’ve just taken down the tomatoes vines and chilli plants in the greenhouse. In fact, the best crop this year came from a tomato that seeded itself among the strawberries outside and spread its verdant tentacles across most of the vegetable patch. I picked most of the 100+ tomatoes it produced some time ago and left them to ripen in the greenhouse. Today I have rinsed them, chopped them (pictured above) and mixed them with a few other ends of veg to create a warming soup. The recipe is loosely based on my tomato and basil soup, but this version is deliberately somewhat vague – but that’s because it can be easily adapted to whatever you might have that needs using up. It freezes well too.

Wash and chop the vegetables, add the herbs and stock. Allow to simmer for at least half an hour until all the vegetables have become really soft. Allow to cool for about 10 minutes.
Rub everything through a sieve so you remove all the skins and seeds. Discard that part. You’ll have a smooth soup remaining - add salt and pepper to taste and stir in a couple of tbsp. of soya cream/oat cream if you like a creamy taste. Reheat to nearly boiling before you serve.